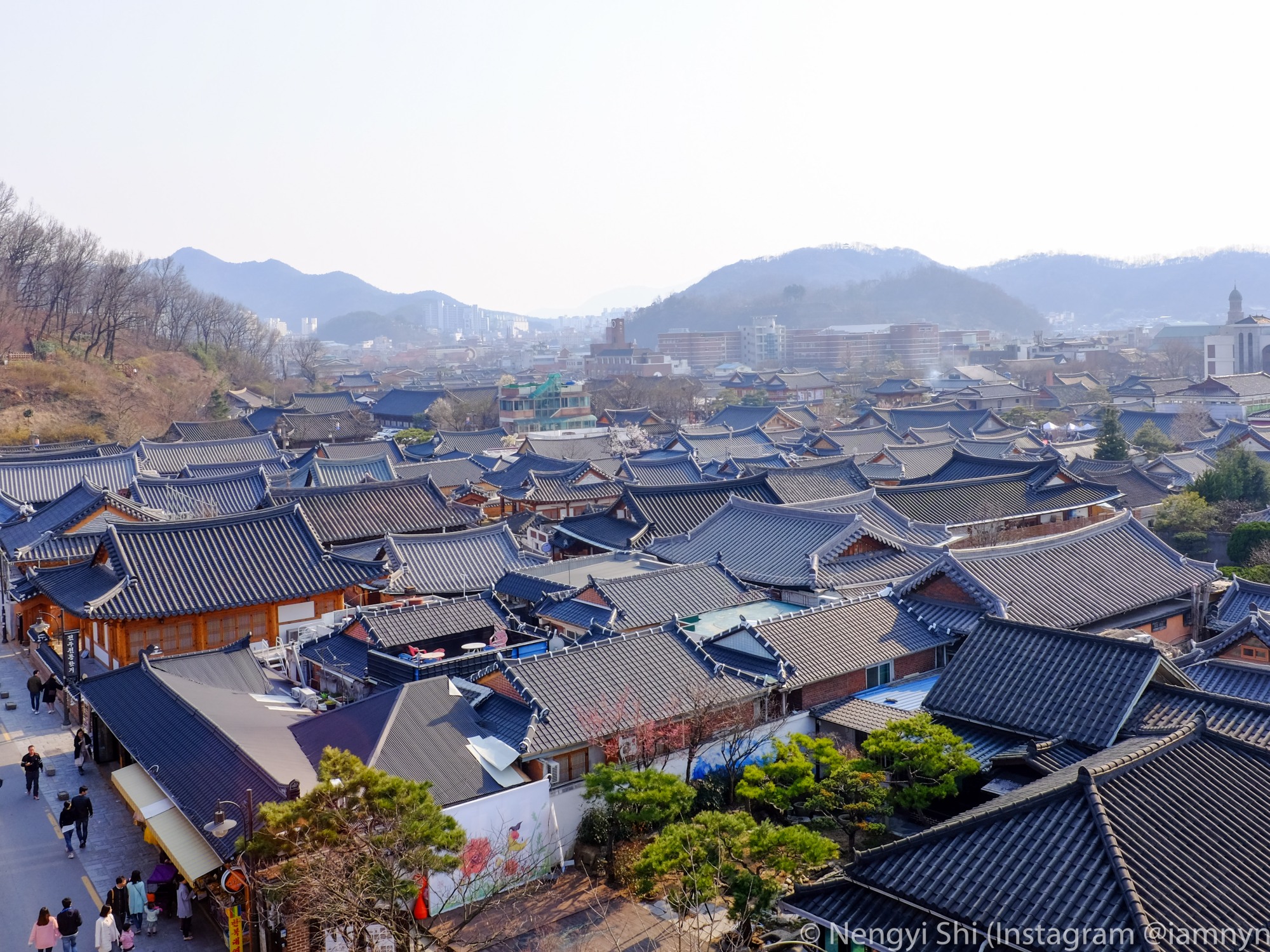 Jeonju (전주) is one of the most important tourist centers in South Korea. As the capital city of North Jeolla Province and a city steeped in history, Jeonju hosts plenty of tourists from all over Korea over the weekend and during public holidays. Its name ‘Jeonju’ (全州) literally means the ‘Perfect Area’.

Jeonju is famous for its Jeonju Hanok Village, a traditional style village that houses over 800 traditional Korean style houses. Most of these houses are occupied by tea shops, restaurants, souvenir shops and hanbok rental shops. Jeonju is also easily accessible from Seoul by rail or bus. Most people choose to take the train down to Jeonju, which should take about 2 hours from Seoul.

Most visitors to Jeonju choose to rent either the traditional korean costume hanbok, or vintage school uniforms from the many rental shops sprawled across the main attraction in Jeonju – the Jeonju Hanok Village. What better takeaways from Jeonju than pictures of yourself in pretty hanboks or school uniforms against the beautiful traditional houses of the village, right?

Jeonju is also known for its traditional Korean snacks and makkeolli, a kind of Korean rice wine usually made at home.

There is a hill in the middle of the village that allows visitors to get a view of the entire village, albeit with a little climbing involved. The observation deck atop the hill is called Omokdae, and has a path that leads out of the village into the nearby Jaman wall art mural village as well!

Need a rest from all the walking and phototaking in your hanbok? Head over to the tallest café located in the Hanok Village for a vantage view of the entire Jeonju Hanok Village. You do not get many better views that those from this café!

Once you have finished exploring the Jeonju Hanok Village, head over to the Jeonju Jaman Wall Art Mural Village, located about 5 minutes’ walk away from the hanok village! Explore the many alleys filled with mural art decorated on the walls, or shop at the many intruiging shops that line the alleys.

Another notable place to check out when you are in Jeonju includes the Jeondong Catholic Cathedral, designed by Priest Poinel who also designed the famous Myeongdong Cathedral in Seoul. The cathedral was built from 1908 – 1914, and is situated right at the entrance of the Jeonju hanok village.

Now with all the travelling and phototaking covered, what should you eat on your trip to Jeonju? Jeonju is known for its tteokgalbi and bibimbap, and they are plenty of restaurants located in Jeonju hanok village that serves both these two dishes. We have found most of them to be reasonably priced and usually crowded.

A meal of tteokgalbi (beef ribs) should set you back no more than 15,000KRW per person. It usually comes with other sides dishes such as pancakes, soup and noodles (or rice.)  The restaurant that we visited was called Kyodong Tteokgalbi, and the lunch set menu costs about 14,000KRW per person.

All in all, Jeonju is one of the most frequently visited cities in the whole of Korea. Ask any Koreans on the streets if they have been to Jeonju and chances are they would already have visited a few times at least! Jeonju is conveniently located about 2 hours from Seoul by train, and has plenty to offer to everyone!