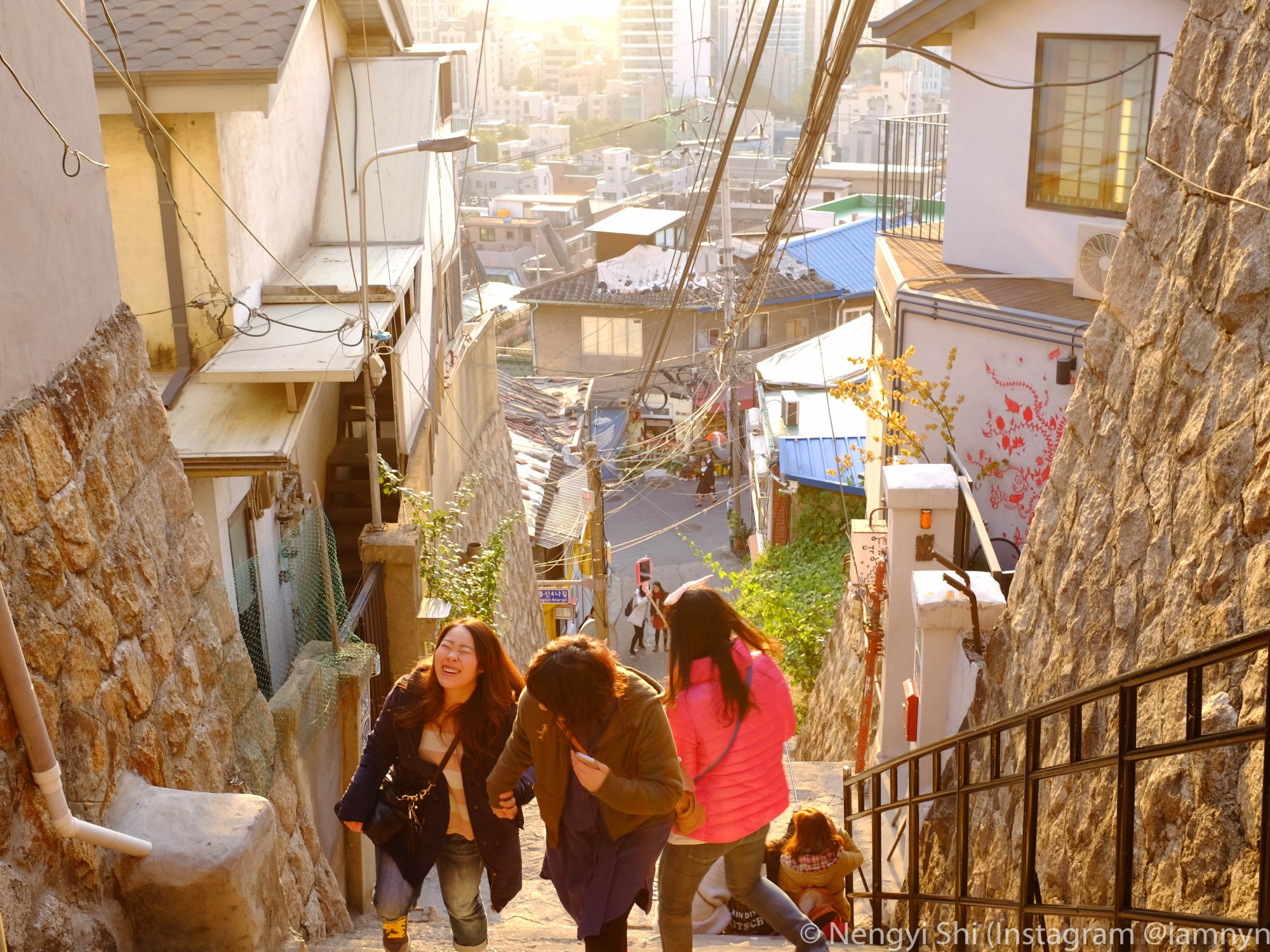 Drama filming location, and deservedly so.

Located atop Mt. Naksan, Iwha Mural Village (이화벽화마을) earned itself a reputation as a beautiful photography hotspot due to its many street art drawn onto its old stone walls. Not too long ago the neighbourhood was set to be demolished, as it was considered an unattractive slum located in the middle of a bustling neighbourhood. Today it is one of the most popular spots for dates and the weekend trek.

Do a search on social media and you should see that this place is indeed popular with couples, photo enthusiasts and tourists. The place is awash with colours, both man-made and natural. It is a mere 10-minute walk from the busy Daehangno, where many young people and students from the nearby universities hang out after class. Iwha Mural Village’s narrow alleys showcases many murals big and small. There are also various themed cafes and gift shops scattered around the village.

In case you were wondering as to who contributed to the mural scene here at Iwha Mural Village, a team of artists consisting of professional artists as well as students from local institutions came together to decorate the village. As more people gradually came in to contribute works of their own, the village’s mural identity gradually expanded and earned itself a newfound sense of dynamism to what was once a sleepy downward village.

Sit down by one of their cafes to enjoy the scenic view, or take your time to climb the stairs and explore more of this village. Be considerate though, as there are still many residents staying here!

To get to Iwha Mural Village, take the subway to Hyehwa Station on Line 4. After coming out from Exit 2, head straight towards Marronnier Park. Turn left at the park and continue towards Dongsung-gil. There would be a sign guiding people up the hill towards Iwha Mural Village.